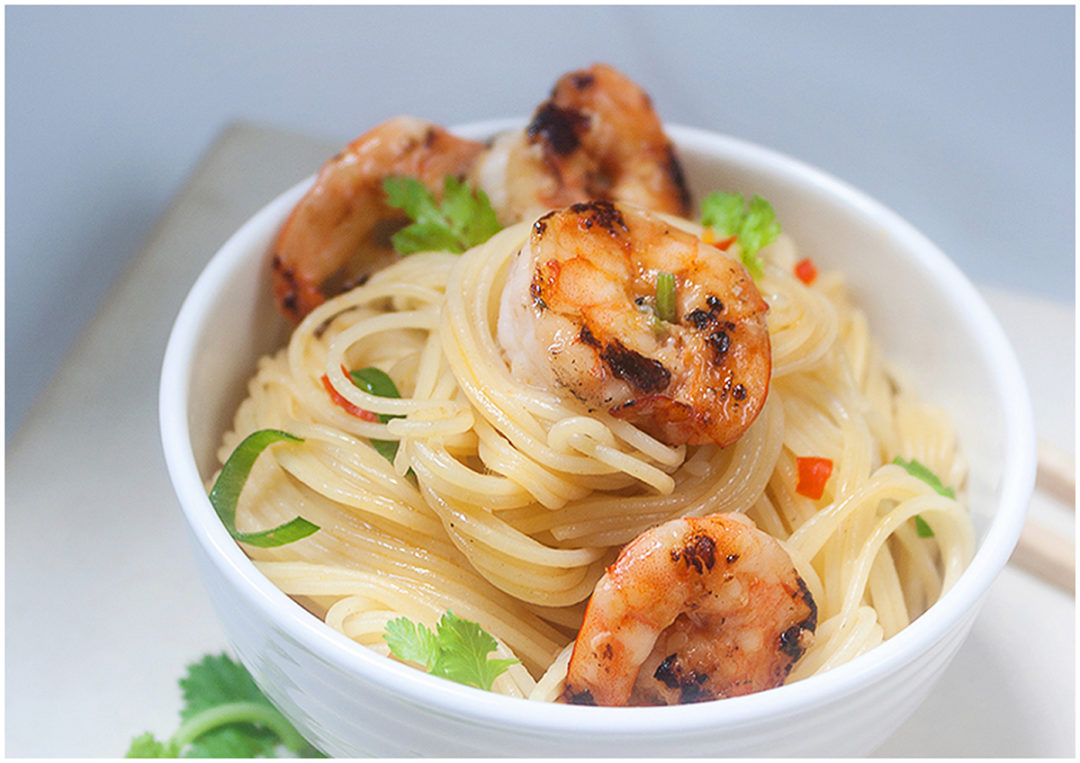 I feel pretty lucky born as an Indonesian. As a maritime country, Indonesia endowed with a wonderful underwater world, countless sea creatures, and abundant edible seafood. But sadly the environmental damage caused by excessive exploitation of marine products, industrial waste, and not liable tourism business make the fresh and nutritious seafood isn’t affordable anymore for some of the Indonesian people.

Last year WWF released a report entitled “Living Blue Planet”, it showed that global consumption of fish population has dropped 50 per cent since 1970. The decreased more dramatically shown by the family of Scrombidae fish, including tuna and mackerel, which has slumped 74 percent of the population over 35 years. The decreased of the fish population and the destruction of natural habitat is a direct result of the unsustainable fishing practices.

Maintain the availability of marine resources is not only the government task but we as a consumer also in control to preserve the stock of seafood resources and to protect marine habitat. One way is by choosing marine products caught or farmed in a sustainable way, like udang peci or banana shrimp. Estimated number of breeding animals and the long-term fishing record indicates that banana shrimp are safe to consume.

The banana shrimp is one of the most sustainable seafood in existence. It short-lived and reproduces rapidly. However, due to their rapid reproduction and their relatively small size compared with other shrimp, such as tiger shrimp, this crustacean rarely becomes the star of the dinner table. They have sweet and delicate flesh and are a great source of protein. Wild- caught banana shrimp population increase in wetter years.

I love fresh orange juice, their bright colour and refreshing taste remind me of summer, it gives a fresh and unique taste for my grilled shrimp. Because the size of banana shrimp relatively small I like to peel the shrimp so it will be easier to eat. But I believe the true flavour of shrimp is in the head, it has the depth briny taste with intense crustacean flavour. I dried sauté the head and shell of the shrimp, then place it in a pot or saucepan and add water until shrimp is submerged, and cook over low heat for about 20 minutes. And for the salad dressing, I use cilantro stems because it more aromatic than the leaves. 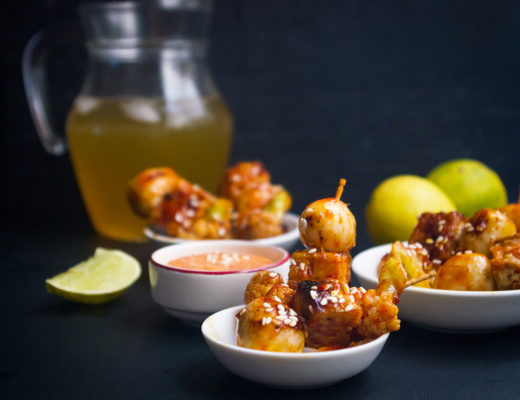 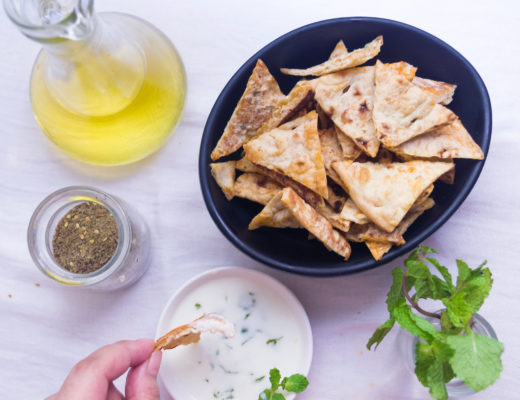 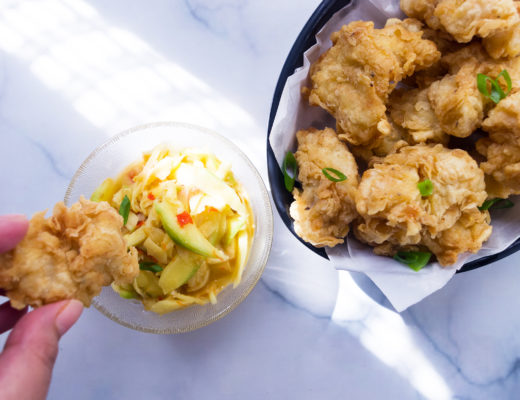